The Coaching Table;
-Networking among colleagues to expand your music program 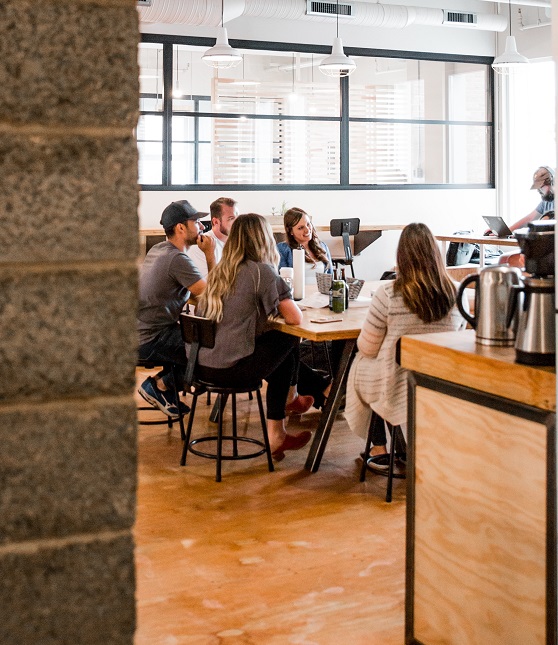 The Coaching Table article describes a technique for developing a music program that is respected throughout the school by other departments and that is effective in its initiatives.

To illustrate the technique, here is a story about a young middle school music teacher named Mr Kenny.  As with all new teachers, his first few days were utter chaos with little time to do anything other than keep his head above water.  However, Mr Kenny was so excited about his new teaching job and all the wonderful music his groups were going to make that he was determined to stay the course.

He soon got settled in.  By the second week he was used to his designated half-hour break period to eat his lunch and decided he was ready to brave the faculty lunchroom.

There were several groups of staff quietly sitting around the room eating and visiting. In the center of the room he spotted a totally empty table so Mr Kenny promptly sat down and put down his brown paper lunch bag. He noticed several of the faculty giving him disparaging looks, shaking their heads, then going back to their conversations.

Within a minute or two, eight very large male faculty members wearing school colors, whistles on lanyards around their necks, and each with a clipboard burst into the room. They all descended on the center table where Mr Kenny was seated and told him to move somewhere else as they had to discuss the afternoon’s big game and he was in their way.

The Coaching Table is for...The Coaches.

Mr Kenny was perplexed. They didn’t seem to realize who he was and how much his musical talent and boundless intellect added to the school faculty.

The coaches soon devoured their lunches and departed the room, en masse, just as they had appeared. A fellow teacher that Mr Kenny  ended up sitting next to whispered softly in his direction, "don’t ever sit at The Coaching Table again."

Needless to say, that was not a good day in the faculty lunchroom for our young protagonist. But he was not about to give up. His job was to teach adolescents to be decent human beings after all, and not much could be harder than that. Right then and there Mr Kenny decided to devise a plan to be invited to The Coaching Table.

The plan was really quite simple. First  he learned each coach’s name, where they went to college and the sport in which they excelled. Then he found out exactly what coaching assignments they were doing at the school. That research took about one hour. Then he attended several games and meets to see how the teams were doing. That took a lot more time, but well worth the effort. He always approached the coach and team after the event and congratulated everyone, regardless of the outcome. He would also drop a note in the coach’s mailbox the next day commenting a unique play or technique that worked well.

It took about a month and about ten hours of Mr Kenny's time, but one day….. Mr Kenny got invited to sit at The Coaching Table. Just him, a music teacher and eight athletic coaches, in the middle of the room. He was the envy of every other teacher in the building.

He soon used a similar technique with the math department, social studies department and yes, even the science department. By the time they reached the holiday break, he was comfortable and accepted by each and every faculty group in the entire school. It took some time and effort, but it paid HUGE dividends in the following years.

Soon Mr Kenny had the popular school athletes, AP students and lots of school government members in his select music classes! You can’t believe the power it gave his program to have those students participating.

Does it sound like we took a script page out of Glee to write this article?  Well, we didn't.  This is a true story.  Follow these steps and you will not only have the top students in classes, but the endearing support of the other faculty members. It really goes a long way when you have to negotiate with the administration for a new set of choir risers or to make sure all of your program stays intact.